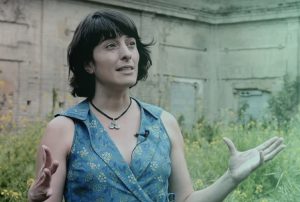 Natasha Prévost (b. 1976 in Montreal QC, Canada) holds a Ph.D.-degree in the Gender Graduate Programme in the Humanities (2006) from Utrecht University (The Netherlands). Trained in anthropology, she has been working in Brazil since 1999. She conducted research with different minority groups such as transvestites (1999-2001), children (2003-2005), hip hop Brazilian culture and social movement members (2009-2011), people living with mental health problems (2010-2013) in Canada, with citizens of urban and rural community as part of her project on integral education and social transformation (2009-2014) in Brazil, Canada, The Netherlands, Greece and Mexico. She worked at the Centre of research and development in education (CRDE) at Moncton-NB University in Canada (2008-2013). She is specialised in action-research and popular education on themes associated with permaculture and social transformation. Currently guest research at the Institute of regional development at Granada University (2013- ) in Spain, she is developing a project of integral rehabilitation and social transformation for Jesús del Valle farm. She is the president of the Association for the Integral Recuperation and Development of Jesús del Valle.

Rafael Fuentes-Guerra Soldevilla (b. 1960 in Córdoba, Spain) holds a BA in Geography (1984) from the University of Granada. He completed his training with an Urban technical planning diploma (1989) at the Institute of Urban Studies of Granada. He earned his Master in Social Habitat Management from the University of Sevilla. He developed territorial planning and urban development (Urban Agglomeration of Almería, 1992 and of Granada 1992-1995). He also participated with his technical support to the Urban Planning proposal of Granada city (2000). In 2001, he founded the company FFGeo Geographers SL Limited in which he worked until 2014, serving as adviser to local and regional administration on aspects such as territorial, urban, heritage and ethnological. He participated in the drafting of the Methodological Guide for the Preparation of Housing Plans for Andalusia region and for the Municipal Housing and Land Plans of Cordoba and Jaen. He is one of the founders of the Platform for the Integral Defence of the River Darro in Granada, for its declaration as a heritage area. He is the vice-president and treasurer of the Association for the Integral Recuperation and Development of Jesús del Valle.

Iñaki Alonso Echeverría (b. 1971 in Madrid, Spain). He graduated in Urban architecture (1998) from the University of Architecture of Madrid. Since 2001, he is has undergo continuous training in bioconstruction. In 2003, he founded SATT an architecture office that he continues to run in Madrid. SATT eco-architecture is dedicated to developing new projects in contemporary architecture with criteria of social and environmental ecology. Twelve years dedicated to sustainable architecture projects (30 projects developed and built) in different parts of Spain peninsula, Morocco and Kenya. He is on the advisory board of the Institute Ecohousing. Creator of the ECOMETER, a language and measurement system of ecological parameters in architectural projects. Vice-president and founder of SANNAS, a joint venture to develop the Triple Balance and the application of Economics of the common in the business world. He is an Associate professor of eco-architecture in various institutes and universities in Madrid. He is the secretary of the Association for Integral Recuperation and Development of Jesús del Valle.

Miguel Ángel Mancheño Segarra (b. 1957 in Madrid, Spain). He earned his Law degree (1980) from the Faculty of Law of the Complutense University of Madrid. He opened an office in Huelva where he practiced for 22 years (1980-2002) while working in law offices in Madrid and Granada (Firm Mancheño) where he practices today. He specialised in family, criminal, administrative and urban law. Law professor at the School of Social Work at the University of Granada (1981-1988). Designer and project manager of urban tourism Islantilla (1990-1994) on the coast of Huelva in Spain. He worked as an external consultant on projects of law and social intervention with the Government of Andalusia (1994-2010) participating in the creation of the concept of “Pedagogy of the Habitat”. He participated in several multidisciplinary projects of local development planning in Andalusia in the areas of housing rehabilitation. He advised the Chilean government of M. Bachelet (2008-2010) on intervention in critical urban areas. He elaborated a Methodological Guide for the Preparation of Housing Plans for Andalusia region and for the Municipal Housing and Land Plans of Cordoba and Jaen. Lawyer and member of the Association for Integral Recuperation and Development of Jesús del Valle. 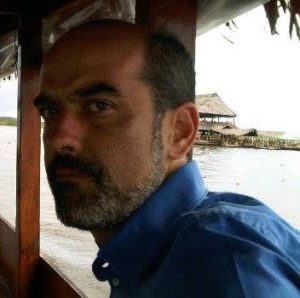 Renato Silva Telles Lion (b. 1973 in Sao Paulo, Brazil). He earned his MBA from Columbia University (New York, USA) in 2003. He received his Degree in Business Finance (1995) from the Foundation Getúlio Vargas in Sao Paulo, Brazil. In February 1995, he began working as an apprentice in Linear DTVM (wealth management with US$ 1,000 million under supervision) in Sao Paulo, Brazil. He conducted back-office functions of investment funds registered in the Caymen islands (1995). He worked until 1998 as risk controller of hedge funds being responsible for: the allocation of assets in accordance with the risk characteristics of each fund, the review of the accounting with Auditors, implementation of asset management system. In 1998, he began working at Globo Edition SA (Sao Paulo, Brazil) in its strategic planning department. He participated in a McKinsey & Co consulting project, aiming to redefine the portfolio of the magazines of Globo Edition in the Brazilian market. After finishing his studies in New York he moved to Granada, where he lives with his wife and five children. In Norway, he worked with companies in the plywood industry, as well as hotel (2007-2013), where he performed various functions: strategic planning, finance, marketing, due-diligence, study of processes of lines production. He currently works as a free-lancer consultant, developing projects in companies from various sectors, sizes and countries. He is participating in his quality of economist to the project of the Association for Integral Recuperation and Development of Jesús del Valle.

Raquel Gómez Almaraz is a forest engineer with over 15 years experience in conservation and management of water and forests in Spain and Mexico. Rivers defender and promoter of numerous projects for the recuperation of watersheds, Raquel has a long experience in leadership and team management in projects at national and international level with the World Wide Fund for Nature (WWF) in Mexico and Spain. Raquel is a skilled facilitator of community groups and participatory processes. She has great capacity for negotiation and relationship with multiple stakeholders and is skilled in managing project cycle. Currently she is working intensely as one of the designers in the vanguard Keyline Máshumus group where she has been working for the last 3 years. Tireless in the field, using her knowledge of agroforestry to create, define and carry out the larger projects of the group. Along with Eugenio Gras, she has developed a proposal for hydrologic design and regeneration of ecosystems in Jesús del Valle.

Eugenio Gras is an international consultant and designer of Keyline projects in all types of farming operations. He is an industrial engineer, farmer and permaculture pioneer in Mexico. He has over 30 years experience in animal husbandry and organic farming. After studying management of dairy cattle in the Netherlands in the 1990s he founded one of the first organic cattle ranches in Mexico. Instructor and great communicator, he is responsible, to a large extent on the awareness and training of Keyline design in Latin America, where directly or indirectly the majority of projects of large and small scale bear his imprint. His book “Harvest of Water and Earth” is the leader in Keyline in the Spanish-speaking world. Eugenio has trained thousands of students in Agriculture International Diploma and taught hundreds of courses in Europe, Australia and Latin America. He is the founder and director of Máshumus group. Along with Raquel Gomez he has developed a proposal for hydrologic design and regeneration of ecosystems in Jesús del Valle.